All places are special, but there are some that have been considered especially special since ancient times. Ibiza is one of them, it is neither better nor worse, it is different. After spending years touring temples aligned to other temples, it is perceived that there is something in common around the world that relates some places to another, even crossing continents and oceans. It may be coincidence that the location of some very important places of the past are aligned, but there are times when chance is very short when explaining locations and distances, in other cases that could be coincidence, it does not stop making those alignments, as coincidences often surprise. These lines have been called Ley lines in England, Dragon lines in China, or megalithic alignments, and travel the entire world. In England we have followed for years the lines of Saint Michael and Saint Mary, named for the amount of churches, hermitages and cathedrals with those respective names they go through, and something extraordinary is there. It is difficult to define the feeling that you have when you travel those lines and those places, but it happens and has happened to many people, especially those who allow the instinctive and sensitive part of their brain is not collapsed and silent on their part rational. The reason is very useful for our species, but we can not let it handle the whole brain, if it will not happen to us as it is happening to our civilization, too much mind, little instinct.

It is assumed that in some cases there are currents of underground energy, produced by faults, underground rivers, deep currents of magma or some unknown geological cause, which can be felt by both animals and humans. These lines intersect with others and that is where some of the ancient main sanctuaries are located. In the case of Ibiza, I am convinced that there are several lines that link ancient sacred places, some are geographical, others geometric and equidistant, but they make it appear that in the past there were geomants or people who knew a lot about measurements and spatial geometry. One can only conjecture with these ideas, since there is no evidence of the intention of their placement, but I am convinced that in this island there is an enclosed cat.

The most important line crosses the island from one end to the other, coincidentally it is the solstitial line, from the center of the island looking to the southwest, we would see the sunset of the winter solstice above the line, just above San José de S ‘Atalaya and above the islet of Es Vedrá, both the highest points of the Pitiusan Islands. And looking northeast we would see the summer solstice sunrise over the line. This divides the island into two practically equal parts. From the center of the island, there is the same distance to the sea from south to north, from east to west, from southwest to northeast, and from southeast to northwest. That center through which this line passes, which we might call imaginary, passes through the well of Gatzara, in the same geographical half of the island, one of the most historic and oldest wells in Ibiza, where since time immemorial, before Muslims have even performed rituals and ancestral dances. 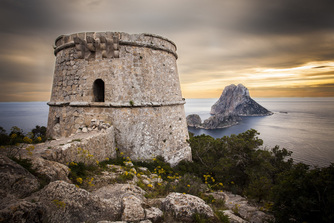 This main line, which passes over Es Vedra island and the summit of S’atalaya, passes through several curious places. From Es Vedra, it passes right by the viewing platform, where there is a Phoenician sanctuary, of which a few stones are left. From there it passes just above the Phoenician necropolis of six Countries of Cala D’hort, in which there are several tombs that can be visited, from there it goes through the top of S’atalaya and directly passes next through the church of San José, which is very likely to be located where there was once a mosque or a Roman or Phoenician sanctuary. It continues several kilometers to the northeast passing through the geographic center of the island, by the Well of Gatzara, in Santa Gertrudis. From there it continues passing through the church and the Muslim constructions of Balafia and continues towards the church of San Vicente passing very close to the Phoenician sanctuary of Es Cuieram. It may be all a coincidence, but a very beautiful and special chance. Interestingly enough, and speaking of the Phoenicians, the Phoenician sanctuaries through which the line goes on and on the island also have their meaning. For the place where you see the summer solstice sunrise, where the line begins in the northeast, there is exactly the same distance from the coast to the Phoenician cave of Es Cuieram that from the place on the coast where the line ends at the southwest, at sunset of the winter solstice, to the Phoenician sanctuary of Ses Paises. The sanctuary of the cave on the dawn side is dedicated to the goddess Tanit, Phoenician female divinity, goddess of love, motherhood and life, and on the side of the sunset is the sanctuary to the dead, the necropolis of six Countries The sunrises and sunsets have always been considered in the ancient culture related respectively to birth and death. The idea of ​​this main line, I found in a book about peasant constructions and the relationship of Ibiza with the Phoenician and Egyptian cultures. There is another very curious line that links the Neolithic stone circle of Ca na Costa in Formentera, with the top of the Dalt Vila, in which the main sanctuaries of the island have been since ancient times; Phoenician temple, dedicated to the god of medicine and healing Eshmun, Roman, Muslim mosque and Christian cathedral, passing through the Phoenician sanctuary of the hill of Puig D’en Valls and arriving again at the center of the island in the Well of Gatzara , another cluster of surprising coincidences.

I kept measuring with the rule, thinking that I could find some more lines of union of sanctuaries on the map. I thought that the older the civilization was, there would be more of these alignments as it happens in the rest of the places in the world. I looked at the most important Phoenician places on the island, and there they were, exactly aligned and equidistant. The place of Sa Caleta was the first Phoenician settlement on the island, a world heritage site. From there they moved to the city of Ibiza, to the top of the Dalt Vila, also Heritage. And the third important place was in the Cap des Librel, where the temple of Baal Amón was located, the main divinity of the Phoenicians, in which there are still some vestiges. Uniting the three, with center in the castle of Ibiza, there is a perfect straight line, with the same distance from the castle to Sa Caleta as from the Castle to the temple of Baal. Extend this same distance with the compass from Sa Caleta and it gave exactly in the Phoenician sanctuary viewpoint in front of Es Vedrá, through which the main line passes. Would these points be united and equidistant on purpose or is it just coincidence? We may never know, but this type of alignment does not occur everywhere, and I believe that the ancients took them into account. Maybe all these things and many more have made Ibiza a special place. There is not only sun, beach and party on this little island, and the ancients knew it. For something, Ibiza was dedicated to the Pythian-Egyptian-Pygmy god Bes, divinity of hedonism, revelry, dancing and debauchery, to the female goddess Tanit and representative of love, and to God Eshmun, god of medicine and healing. 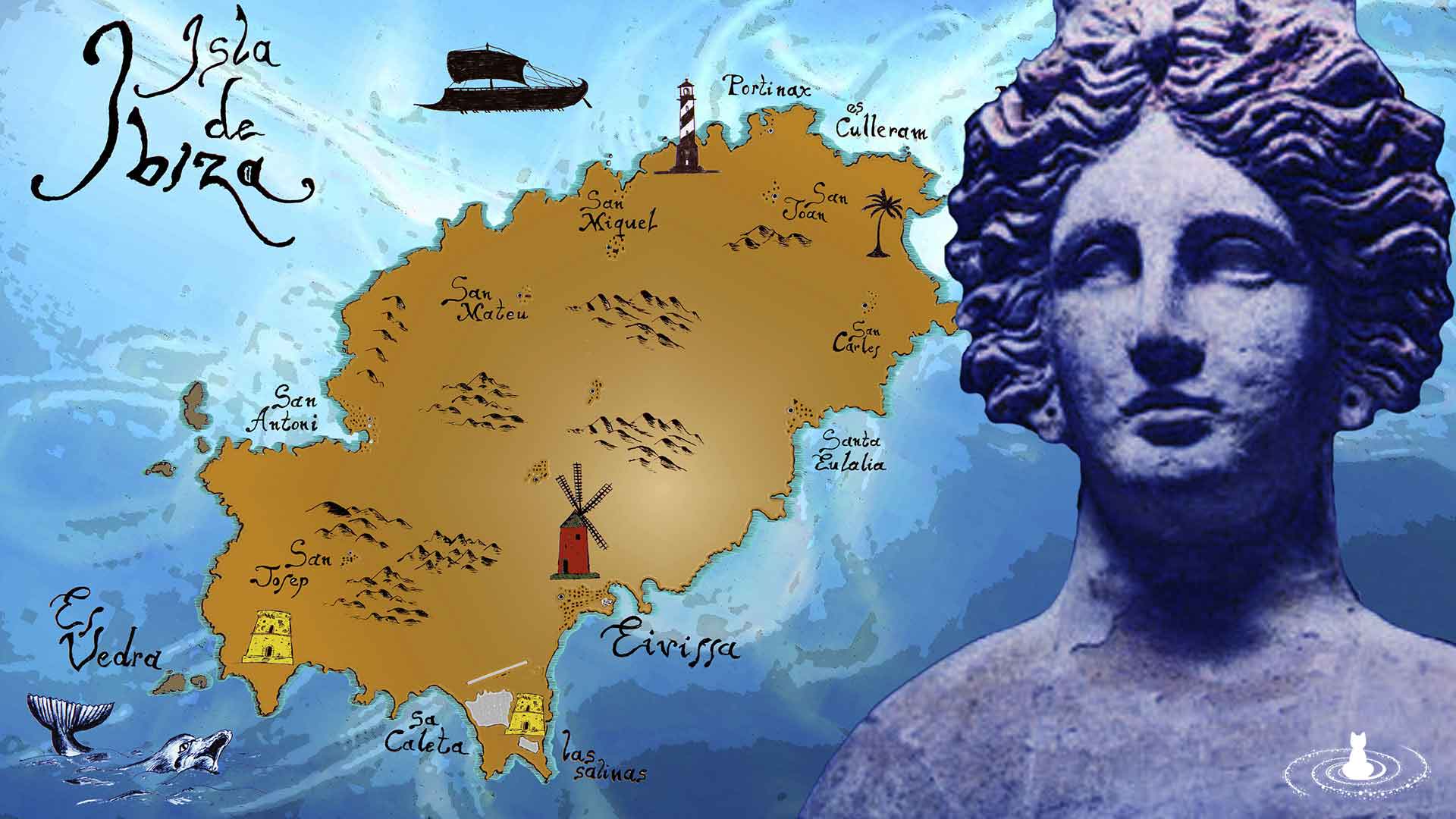 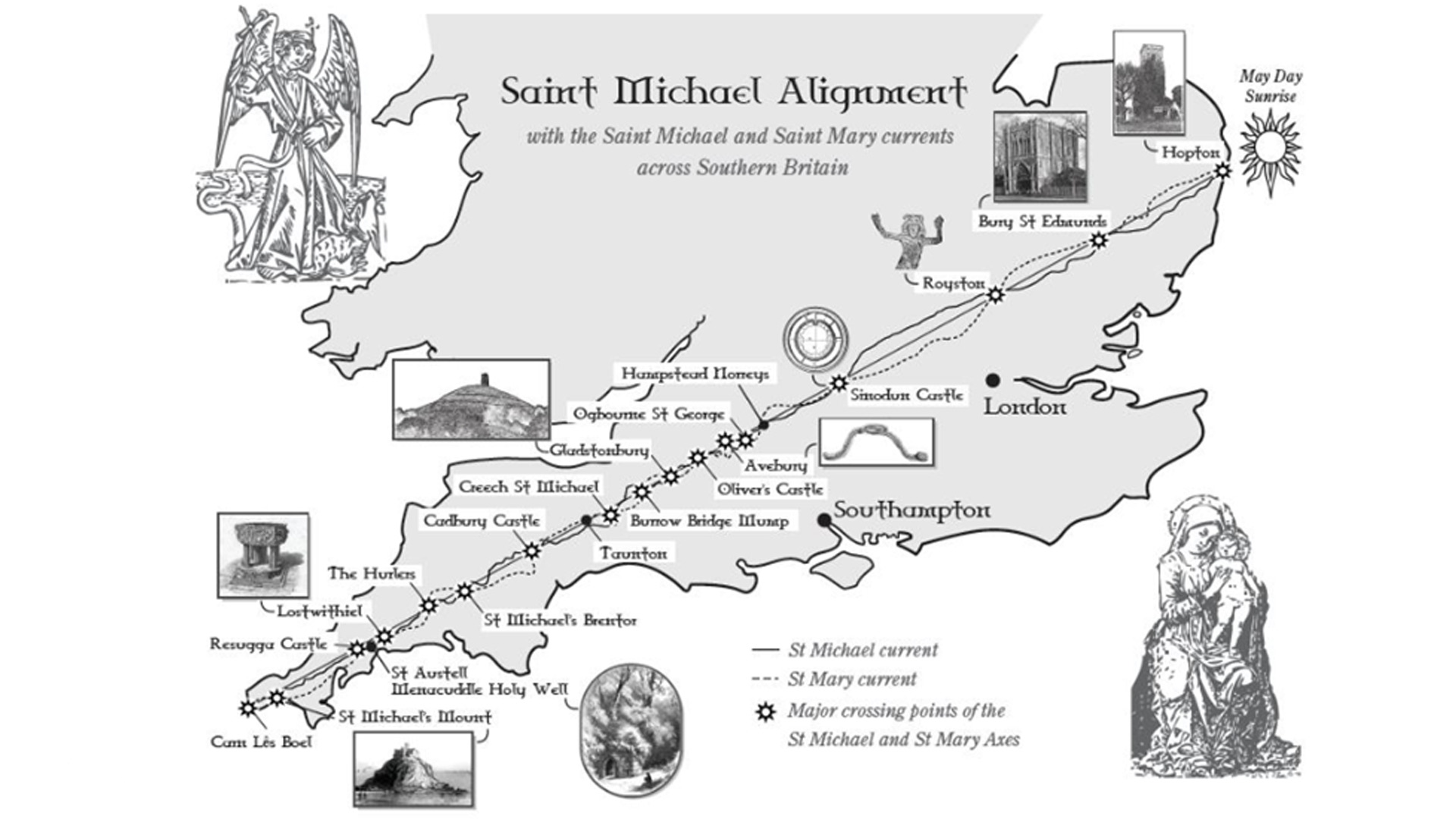 About the Author: Kike Mantecón

This site uses Akismet to reduce spam. Learn how your comment data is processed.

This error message is only visible to WordPress admins